Der Blitzkrieg is German for the ‘Lightning War’ or also known as the Blitz. During the Second World War, the period between September 7th 1940 to May 11th 1941, left London and other major cities in Great Britain devastated by the German Luftwaffe. The Blitz was a strategic manoeuvre from the Germans to weaken Great Britain and to destroy their aerial capabilities, in preparation of either a surrender from Great Britain or for an eventual invasion by the Germans. Of course, neither surrender nor invasion occurred.

The years prior to the Second World War, the top brass of military and government strategy in Great Britain trembled at the notion of an offensive strike by the German Air Force, particularly upon London. Sir Basil Liddell Hart, was the prominent military journalist, historian and strategist of the day. His predictions were that within the first week of the Blitz, London would experience a quarter of a million deaths and injuries. (1) In addition to the views of Basil Liddell Hart, Prime Minister Winston Churchill was extremely pessimistic and fearful of the structural damage and social collapse that would take place.

An excerpt of Winston Churchill, addressing The House of Commons on July 30th 1934, indicates the severity Britain’s circumstance: “With our enormous Metropolis here, the greatest target in the world, a kind of tremendous fat cow, a valuable fat cow tied up to attract the beasts of prey, we are in a position in which we have never been before, and in which no other country in the world is at the present time. Let us remember this: Our weakness does not only involve ourselves; our weakness involves also the stability of Europe.” (2)

Churchill continued, and voiced his fear that three to four million citizens would succumb to a ‘panic flight’ away from the city of London, fleeing to rural areas of Britain. ‘Vast mass of human beings’, ‘without shelter, food, sanitation and special provision for the maintenance of order’, ‘large-scale hysteria and mental breakdown’. (3)

Some key issues need to be brought to the surface, issues which Great Britain, and most nations faced during the Great Depression and leading up to the Second World War. The comments stated above by Basil Liddell Hart and Winston Churchill, were borne out of intense pressure and personal responsibility for; Great Britain, London, and the stability and security of European sovereignty.

Budgetary pressures, an overload of areas requiring urgent policy action, competing and contrary opinions regarding policy decisions, the feeling of personal responsibility for the lives of civilians and military personnel. Further, the world had just come out of the Great Depression which brought about food rationing, unsanitary conditions, no spending, business failures, unemployment, precipitous fall in tax revenues, increased government debt to finance economic expansion and wartime reparations. These to name a few, indicate that in that era, making policy decisions would have been like thinking outside in the middle of the day during a heatwave. The circumstances were strenuous, and what was at stake, is to this day, world changing.

In strategy and planning, it is easier to imagine and then plan for a most extreme event, an event that if located by point on a circle would be as close to the circumference as possible. The further away the point is from the circumference, the more uncertainty, and the more unpredictable it is to know and plan for ‘unknown’, unforeseen details. 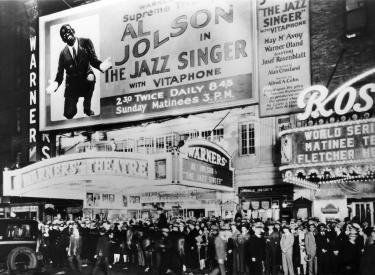 The height of the Roaring 20’s economic boom (L), Feeding the lines of unemployed during the Great Depression (R)

Perhaps the struggles experienced by the citizens who were born from the late 1880s, of the Long Depression lasting 20 years ending 1896 (mainly agricultural sector), World War One, having the three-year recession from 1919 to 1921, experiencing the highs of the roaring 1920’s, to then enduring the Great Depression ending in 1931. These five macro events, would have cultivated a high tolerance to negative circumstances, and formed strong community and family ties within civil society. So therefore, as devastating as the Second World War was, British society had practice in dealing with such sustained adversity.

The predictions of the ‘panic flight’, of Londoners fleeing to countryside and rural areas, enduring inhumane conditions whilst away from the city, and literally losing their minds in the process – DID NOT OCCUR. Because the reaction of the Londoners was the complete opposite. The psychiatric hospitals were empty and the ‘panic’ originally envisaged, faltered. Were policy makers therefore, wrong? And, why did Londoners react in way unforeseen to Churchill and his team?

Well, the first question has two facets; one being the absolute outcome, and the second being policy diligence. The absolute outcome was indeed contrary to initial estimations and predictions made by the ‘experts’, in this expose being Churchill and Basil Liddell Hart. However, when looking at policy diligence, the ability to identify an issue/s and then amass a team to plan for the identified issue, it is here, that they were successful. So, yes, the absolute outcome meant that policy makers predictions were wrong, but they were not wrong in their ability to identify the real risks and plan accordingly.

Churchill, Addressing House of Commons of the Parliament of the United Kingdom

The second question, of why Londoners reacted in a way unthought of and unforeseen, are for three reasons. The first reason is addressed above, and is kin to the climate that key policy makers at the time were facing. They faced immense pressure to do the best they possibly could for London, Great Britain and the sovereignty of Europe. This would have been an unimaginable weight upon the shoulders men such as Churchill and co. Hence, for this reason the weight, pressures, anxiety, responsibilities, not-knowing and the fear all contributed to policy makers selecting the outcome that they believed would occur and planned accordingly to that specification.

The second reason, is also addressed above, however, is associated with the individual citizens and their civil society. When looking back in history prior to 1939 and to Churchill’s speech to the House of Commons on July 30th of 1934, it is clear, that Great Britain and in particular London, had built up strong civilian morale, a close bond between families and community members, and a highly resilient attitude in the face of adversity. 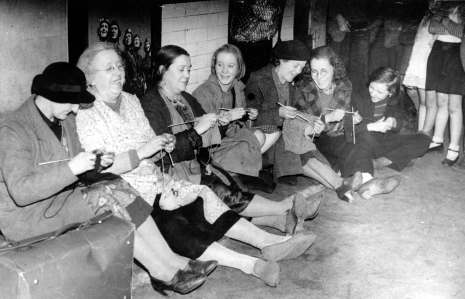 Laughing, knitting and strong comradery whilst being bombed 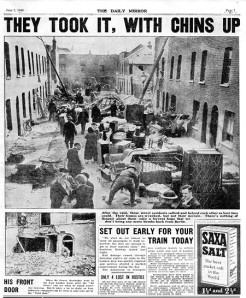 The Daily Mirror, They took it, with chins up

Laughing, knitting and strong comradery whilst being bombed (L), The Daily Mirror, “They took it, with chins up” (R)

Thirdly, J.T MacCurdy a Canadian psychiatrist wrote a book published in 1943 called, ‘The Structure of Morale’. (4) It is in his workings, that he explains why the Londoners reacted to the Blitz in the way that they did. Starting from page 11 of the book, MacCurdy, breaks down the citizens into three groups. The first being, those killed by the bombing, the second group are the near-misses, and the third are the remote-misses. “The morale of the community depends on the reaction of the survivors…”. The small group of those killed relative to the total population is small and therefore those who were tragically killed “do not matter”. A heavy statement, perhaps, but MacCurdy’s objective is understand the inner workings of the mind, and how people react to tumultuous and chaotic events. MacCurdy essentially concludes that the Londoners had their adrenaline pumping, their hearts racing in excitement as they are still alive, their confidence increasing, and a sense of invulnerability heightened. People are susceptible to being afraid of being afraid, but conquering fear brings about an exhilaration, and joy in adventure.

Celebrations at London’s Piccadilly Circus during celebration of V-E Day May 8, 1945

As the button factory worker, whose house was bombed twice, responded, when asked why his wife and he didn’t flee into the countryside; “What, and miss all this? Not for all the gold in China!” he replied. The response shouldn’t come as a surprise, now that you’ve read this article. The attitude, the character and the actions of the Londoners defied the expectations envisaged by many, and is testament to the Triumph of The Human Spirit.

Want more content? Consider making a contribution to the LightPhi.biz team below

Or enter a custom amount: